You are here: Home

Dr. Ferraro completed a PhD in Reproductive Physiology (Developmental origins of health & disease, optimization of health behaviours, obesity and weight gain in pregnancy) and a CIHR Postdoctoral Research Fellowship in Maternal-Fetal Medicine at the University of Ottawa. He then went on to complete his MD and is currently a senior resident in Obstetrics & Gynaecology at the University of Toronto. 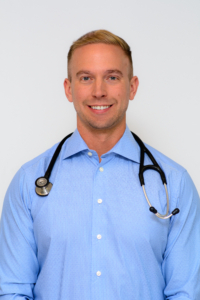 For his community involvement and contributions to research, education, and public health Dr. Ferraro received the prestigious Canadian Medical Hall of Fame Award for MD students. Prior to medical school, he was a clinical research associate in the Division of Maternal-Fetal Medicine at the Ottawa Hospital and a part-time professor in the School of Human Kinetics at the University of Ottawa.

Dr. Ferraro is a knowledge translation expert, has more than 60 publications, and given 100s of public presentations. He continues to work with hospitals, universities, community organizations, and public health groups around the globe. As an active mentor to graduate and medical students, research fellows and clinical residents, he takes great pride in helping trainees craft novel, innovative research projects that improve the health of Canadians. This commitment to scientific inquiry has resulted in him being awarded over $1 million dollars of grant money as principal or co-investigator.

He has a long-standing history with Obesity Canada (OC) and has held several roles within the organization including former Chair of the Student and New Professional initiative and member of the Board of Directors. He was the inaugural recipient of OC’s Rising Star award and has been an invited speaker at their biannual conference since 2010.

Dr. Ferraro originally trained as an exercise physiologist, received a Bachelor of Kinesiology from McMaster University (specialization physiology/metabolism) and his MSc in Human Health & Nutritional Science from the University of Guelph where he studied glycemic control in men with obesity.

In his spare time he can be found enjoying the company of his friends and family, working out, spending time outdoors exploring nature, and getting his heart rate up on one of his bicycles. 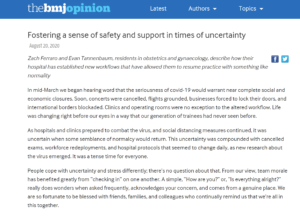 The information on this website is not meant to substitute

It is for educational purposes only. All rights reserved.

Developmental Origins of Obesity: The Role of Epigenetics from zferraro

All material included on this webpage by Zach Ferraro, MD, PhD is licensed under a Creative Commons Attribution-NonCommercial-NoDerivatives 4.0 International License.
Based on a work at www.DrFerraro.ca.

The information on this website is not meant to substitute medical advice from a licensed care provider. It is for educational purposes only. All rights reserved. Dr. Zach Ferraro © 2020

Thanks For Stopping By